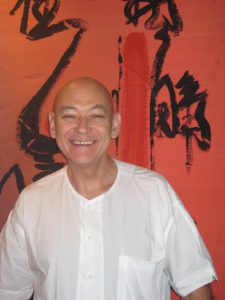 Acupuncturists believe that energy, or chi, is in everyone, and if blocked, it can result in illness.

But if this is a bit airy-fairy, there is another way of looking at it. Acupuncture will work on the nerve impulse, influencing electrical circuits in the body.

Now some of you may think acupuncture is only used by hippies and alternative types. But in fact acupuncture is being widely accepted in this country.

Many volumes were written up to date on how acupuncture works and what it is the nature of the underlying mechanism that creates the desired effect.

The best way to understand the workings of this technique is to avoid abstract Chinese terms and various academic derivations and simply reason along lines of bodily electrical fields and heat production that takes place due to the movement of particles propelled by blood and fluid flow.

The body has an enormous network of nerve connections. The ‘processor’ activity of the grey matter is reflected in changes in skin behaviour by means of the peripheral nervous system. About 85% of the peripheral nerve system is made up of unmyelinated nerve fibres which control the body’s maintenance and repair functions.

Electrical information is humming constantly around the body handling adjustments of body functions and responses to challenges. Patients are unaware of these sophisticated processes for as long as a state of good health exists. When illness or injury occurs, the communication system and its activities become more evident.The intention of needle application at various points is to re-establish relevant short circuit that had occurred on a particular pathway and facilitate the usual conductivity.

The beauty of this approach and enormous potential is that circulatory or vascular system responds to the repair of electrical impulse and corrects itself spontaneously and so does array of endless chemical processes in the body.

Regulating heat production and distribution in bodily cavities is also important because it has direct bearing on the flow of both electrical and vascular loads.

In short, to put the theory in simple form one could say that acupuncture works through influencing those three domains:

The body’s electrical circuits, arterial and venous blood flow and heat condensation and so called “leaking” allowing some areas to either overheat or become overly cold.